A Sudarshan Rao age 69 Cured from 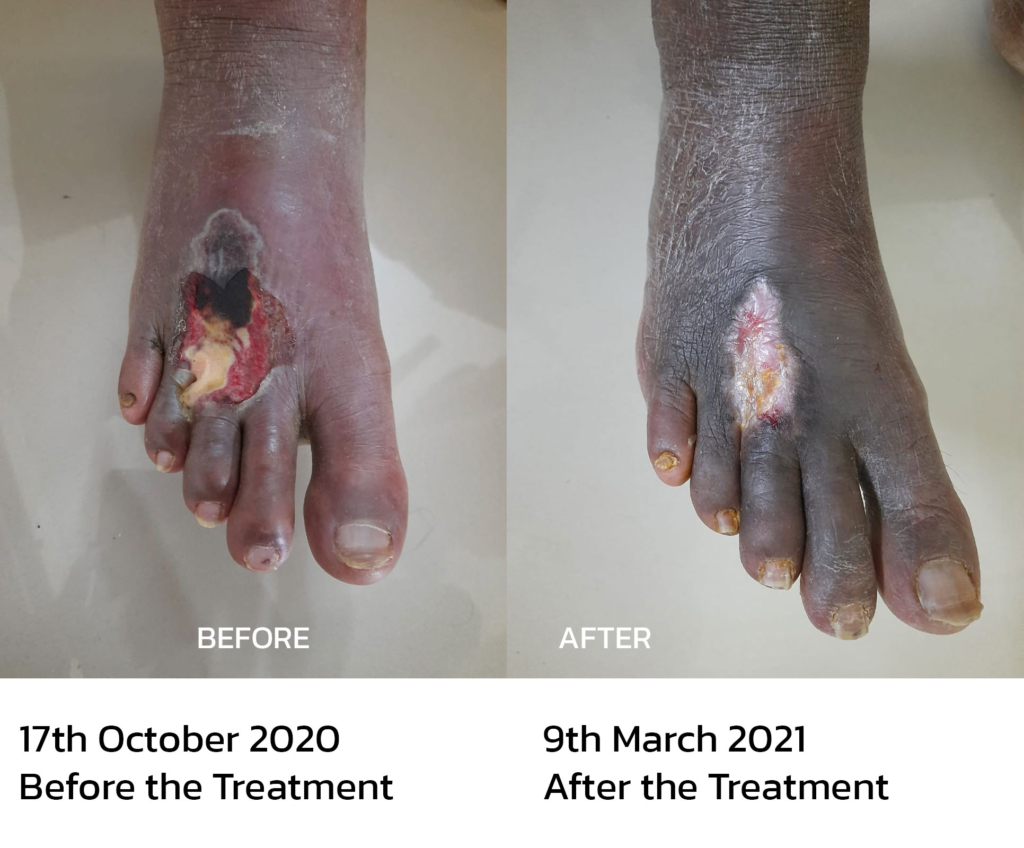 Sudharshan Rao Age 69 who was Diabetic was admitted to Hospital for the Surgery of the Wound for Gangrene in his leg. Before the Surgery the advised him to get COVID Test. On 15th October 2020 the Test Report came as COVID – Positive and the Doctors discharged him without conducting Surgery.

His son Tirumal called me and I explained him on the benefits of Urine Therapy.

His father Sudharshan Rao adopted SHIVAMBU – Urine Therapy from 17h October 2020 by drinking urine, messaging his body with urine and keeping wet pack on his wound on his leg. He was doing Urine fasting by drinking Urine and water every alternative day according to my advice from day to day.

His Gangrene wound was developed due to uncontrolled Blood Sugar level though he was taking Medicine for Diabetes according to his Doctor’s advice from a very long time. After adopting SHIVAMBU – Urine Therapy from the very first day of Urine fasting his Diabetes came under control and he stopped taking medicine of Diabetes.

Within few days he realized that his Gangrene wound has started healing as the pus coming out from the infected wound was reducing every day. The Blood mark / strain on the wound also started reducing.

After 2 weeks he underwent Medical test for COVID – 19 and on 4th November his Test Report came as COVID – Negative. He was surprised to find that his COVID – 19 was cured with SHIVAMBU without taking any Medical treatment.

He continued SHIVAMBU – Urine Therapy and after the period of 3 weeks he also realized that the size of the Gangrene wound which was 6 cm by 3 cm started gradually reducing every week.

On 9th March 2021 he was completely CURED from Gangrene which had developed in his leg without undergoing Surgery.

Sudharshan Rao was CURED from COVID – 19, DIABETES and GANGERENE with SHIVAMBU – The NECTAR of Life known as URINE THERAPY